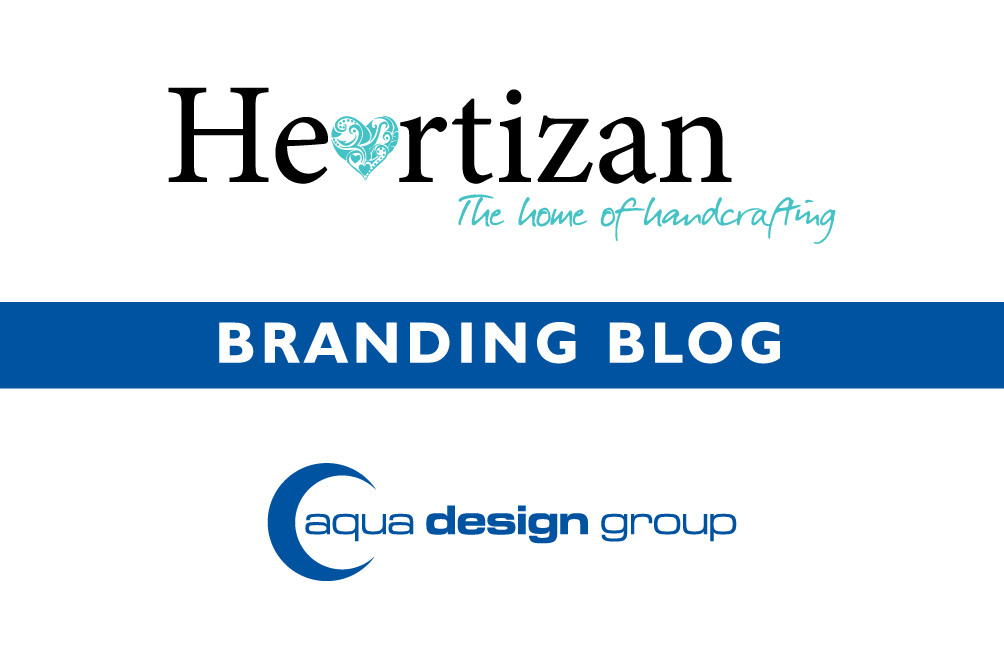 Heartizan are an online marketplace for artists, crafters and artisans who want to promote and sell the items they have created,

A clear font used on the name with a script font in a different colour. The heart is made up of shapes and have a very artistic look. 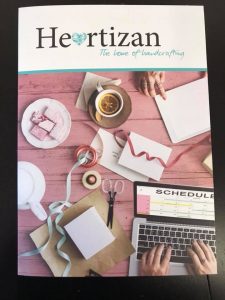 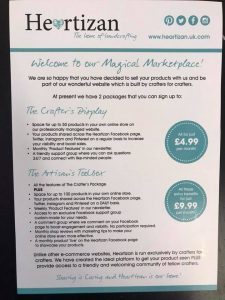 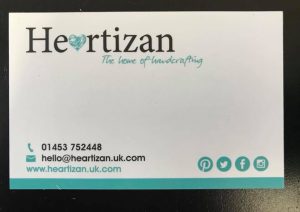 Heartizan welcome pack was made up an A5 Folder, Price List and Business Card. Following a clean look to ensure the marketing message was easily conveyed. 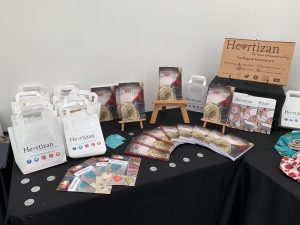 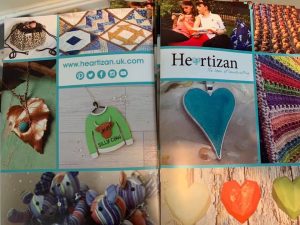 Heartizan took part in Kirstie Allsopp The Handmade Festival and as part of their table display they had the welcome packs, brochures, branded paper bags, business cards and the book written by Chrissie Lowery.

Heartizan brochure that was designed and printed for The Handmade Festival has a cover that was based on patchwork with the various crafters on the markeplace featured. 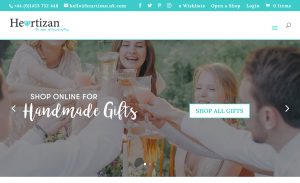 Heartizan online marketplace is set-up with ease of use in mind. So buyers can visit the individual shops of the crafters and has a clean feel to the site, so you’re not overloaded with content and images. 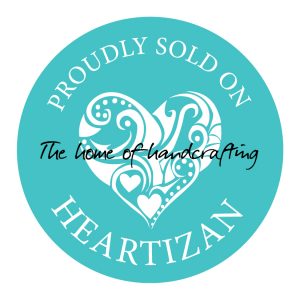 The badge was created so that crafters selling on the marketplace could promote the website on their own websites and across their social media channels. 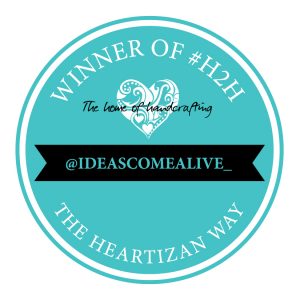 Heartizan created a networking hour on Twitter and as part of it they wanted to have a weekly winner. The badges was based on the Proudly Sold on Heartizan badge but with a ribbon included with the winners account.