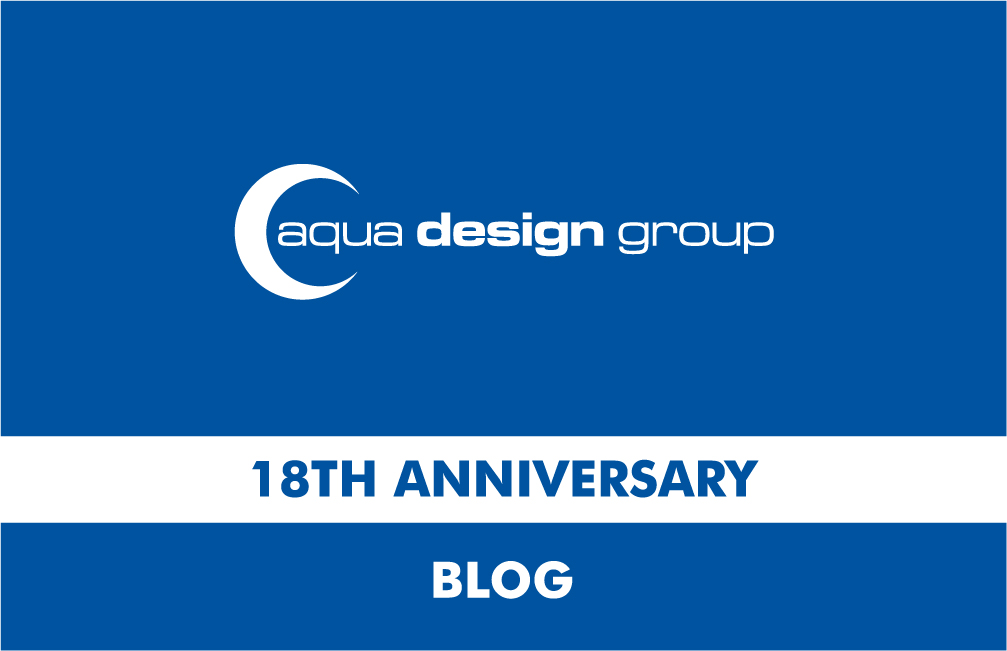 February marks the 18th Anniversary of working for myself as Aqua Design Group.

I joined Twitter in 2009 and that’s where the fun begins for the small business.

After four and a half months of entering, I won Theo Paphitis #SBS (Small Business Sunday) on the 16th October 2011.

I continued doing other networking on Twitter and then found out about Jacqueline Gold #MOM (Men on Mondays), so I decided to enter on a day that it took place and I won on 26th March 2012.

Shortly after winning the #MOM award, I sent a tweet to Jacqueline Gold proposing designs for the #WOW and #MOM winner certificates.

As it turned out 2012 ended up being very fruitful on Twitter and due to networking hours, such as #purplebiz I won one of their awards.

As part of being an #SBS winner we can attend the annual winner events, I’m fortunate to say I’ve never missed one event.

The first #SBS winner event was held at Edgbaston Stadium in March 2012. Before the event I was contacted by Tina Fotherby the then PA to Theo Paphitis as they were wanting winner certificates designed for the event and at the event I had a photo taken with Theo Paphitis.

Away from social media networking, I was once a member of a national netwoking group but took part in a Stockport group, once a change of ownership came in a few us split away and decided to set-up an independent group called Business Lunch Network.

Though the group didn’t last long I was pleased to find out after finishing the group that people had benefitted from attending.

I’m passionate about supporting businesses based in Stockport, this inspired me to start #PromoteStockport networking on Twitter. This takes place every Wedneday from 9am. As part of the networking, I choose a business a week that’s top contributor.

In 2012 there were some changes in Aqua Design Group with the introduction of Andy Quinn on Twitter.

One of the first projects I worked on for a fellow #SBS winner was a logo design for Cluny Bank Hotel – Restaurant with Rooms based in Forres, Moray. This was based on the tiles used within the restaurant.

Throughout my time on Twitter I’ve also been asked to produce award badges for other networking hours.

There have been some fantastic highlights from all the networking I’ve done on Twitter too.

A mention by Jacqueline Gold and as #SBS winners we were all asked to write in with our experiences and I had a graphic generated with what I had said.

Another highlight of my #SBS win was being invited to Media City UK to spend a day with Theo Paphitis whilst he was filming Dragons’ Den. Also met Deborah Meaden, Peter Jones and Hilary Devey.

Here’s where there becomes some issues. Always wonder to mention this but life is never easy and sadly there are people out there that don’t like the success of others.

I’ve had one incident of trolling on Twitter in which a fellow winner spent two days harrassing me after the business won an award twice on Twitter within a week, Andy @ADG_IQ won #purplebiz then a week later so did the main account @AquaDesignGroup. The trolling was so bad that action needed to be taken.

Coupled with this there were certain individuals within #SBS that either didn’t like me, like what I was doing within the network or deemed me as a threat that I ended up being picked on and singled out within the Facebook group. It got so bad that I had to leave for a short time. Sadly these issues havn’t gone away.

And back to the good news….

There has been some good news offline too. In 2017 I applied for and was shortlisted for The Digital Entrepreneur Awards – Digital Business of the Year (Small).

Though I didn’t win, I was still trilled to have been shortlisted.

In 2018 I wanted to do more to promote business in Stockport, so came up with a design for the #MadeInStockport badge so makers, creatives, artisans and producers within the town could use this on their products and across their social media and on their website.

I’ve had a lovely comment from the #SBS Crew about the badge too.

“This stylish badge is a great way for winners to continue to shout about their #SBS win, and enable them to continue to spread the good news that they are one of Theo Paphitis’s #SBS Small Business Sunday winners.  There are now over 3,000 #SBS winners, across a multitude of sectors, in the network and this is another great way for them to showcase their award.”

In 2019 I was nominated for the Inspire Awards #HeForShe Award for my work supporting women in business through my #QueenOf day competition on Twitter.

2020 marked the 10th Anniversary of Theo Paphitis #SBS and as before, the #SBS Crew asked for winners to talk about their wins.

Due to lockdowns, tier systems and a lack of support for small business from various areas I decided to do something about it.

In November 2020 I launched #SmallBizFridayUK on Twitter to help businesses on the lead up to Christmas. I then decided to continue the networking due to continued restrictions.

Moving forward I don’t know what will be ahead for the business, but I do know I’ll be supporting business as much as I can.