When the #QueenOf Bespoke Chocolate met the Royals 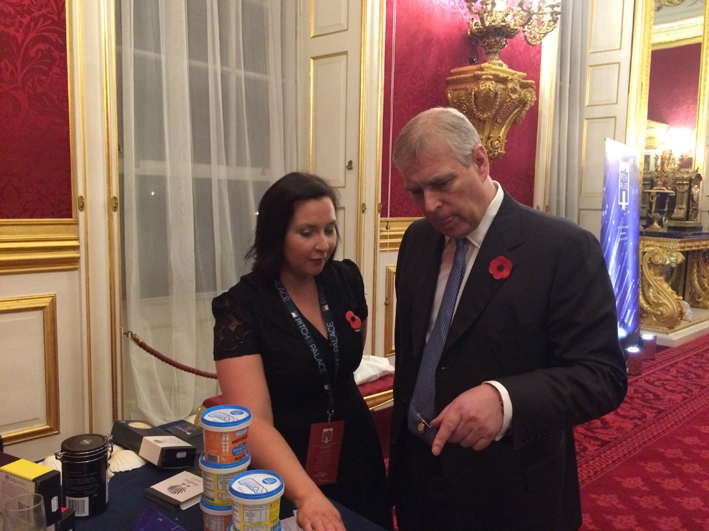 When the #QueenOf day competition was launched by the business in 2012 during the Diamond Jubilee celebrations of Queen Elizabeth II I would never have thought these events would have happened.

To further the business networking of #QueenOf and #KingOf winners the decision was made to create a closed Facebook page for winners to talk about ideas to one another and network. On one such occasion #KingOf winner @Foodamentalists posted that there was a Pitch@Palace event taking place and they were looking for food producing businesses to take part.

Geri from @ChocolateManor and #QueenOf Bespoke Chocolate saw this posting and decided to take the plunge and enter her business for the possible pitch, was delighted when she posted to say she was successful and was asked to attend the Pitch@Palace taking place at St James’ Palace but as an added surprise Geri was also asked to produce 2200 branded chocolate for the event. Not only this but Geri also met HRH Duke and Duchess of York and Princess Beatrice, think the Duchess of York enjoyed the chocolate too.

To find out more about the Chocolate Manor, why not visit thechocolatemanor.com

The group and the competition was set up as a fun way of promoting a variety of businesses and am thrilled that it has been a part of showcasing a fantastic business in this way.