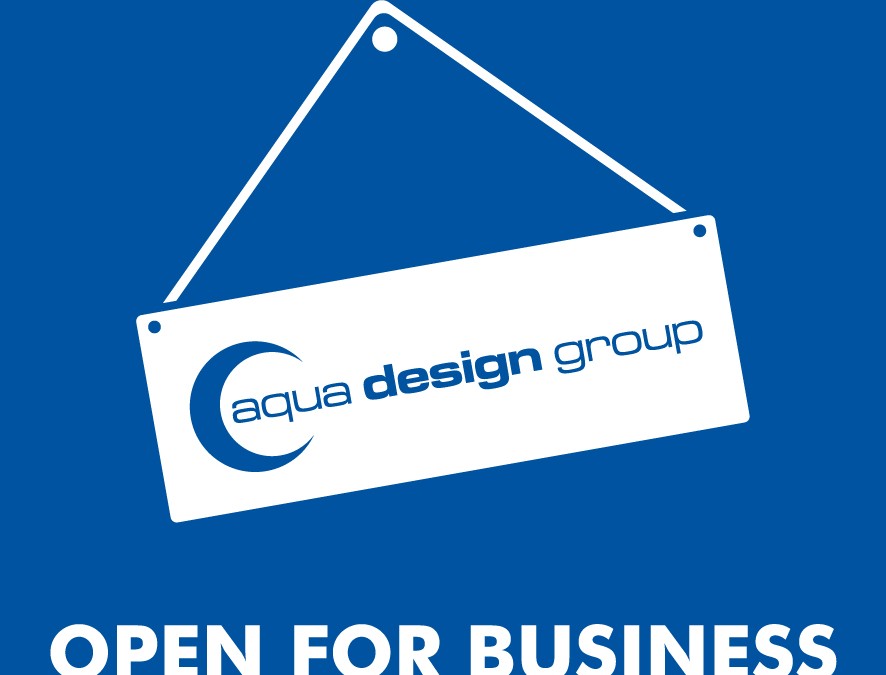 2017 marks the 14th year in business for Aqua Design Group. What a journey it’s been so far.

In the beginning
As with most things makes sense to start from the beginning. Way back in February 2003 I decided to take the leap and start up doing design out of my bedroom at home and going out to the high street, business parks and industrial estates trying to gather momentum and raising awareness for the fledgling business, had some bumps in the beginning too with a few of the earlier clients taking liberties with payment and general timewasting.

A few years went on and things were running smoothly, say this in retrospect as at the time was still all over the place with getting orders sorted. Found out about what business networking groups were around and attended a few 4Networking breakfast meetings, event went to one BNI breakfast but decided to join the Greater Manchester Chamber of Commerce as it was local to the house for the then monthly meetings at The Alama Lodge in Stockport. Found out about a B4B lunch group at Bredbury Hall too and decided to get involved with that, sadly after two years and very little traffic coming my way decided to move on from that group, along with B4B as a whole and opting for the more informal and much less pressured Simply Networking events.

Off the back of leaving the B4B group was persuaded to set-up a smaller group called Business Lunch Network of the members of the group that had left along with a few extras, had some success but a lot of effort with businesses not always turning up, but if you don’t try these things you don’t know what will result.

Discovering social media
Probably not escaped the attenting of anyone looking through this website that the business has benefitted from being on a few social media platforms. To begin with was purely LinkedIn and after a conversation with a LinkedIn contact Becs McNeill decided to take the leap into Twitter was a bit of a bumpy start and was unsure which direction to use the medium. Far too many times, seen others in the industry use it as an ‘offers’ stream with little or no interaction which isn’t what it’s there for. Took a solid weekend to get to grips with things and then got to work, creating conversations and getting to know other businesses in the area and from far and wide, this had a positive impact as was introduced to the fantastic ladies of the Royal Marines Wives and Girlfriends Calendar which led to the business designing their calendars and helping them raise over £25,000 for the Royal Marines Charitable Trust Fund.

Through these conversations a fellow Stockport business Silver Consierge told me about Theo Paphitis #SBS (Small Business Sunday) on Twitter and decided to take the leap and join in. Now with family committments and forgetting on occasion persisted for over 4 months and on the 16th October 2011 found out that I was one of that weeks 6 winners. Email went into melt down and stayed up until past midnight dealing with congratulation tweets, which then continued for the next few days, completely forgot to get a press release done as was wanting to get to know fellow winners and those that had inroduced themselves since the win. At this time there was no ‘official’ winners badge and a few other winners were producing their own, so decided what the heck and do my own version. Even with the introduction of the new winners badge and website, some winners still preferred a more showy style of badge.

Continued going about the networking activity on Twitter and found out that Jacqueline Gold ran two competitions, the first being #MOM (Men on Mondays) which was ran monthly and #WOW (Women on Wednesdays) which ran every Wednesday 1-3pm. So when the next #MOM day was announced decided to take part and to my shock was one of the 5 chosen on the 26th March 2012. By this time, the first #SBS winners event was going to take place on the 30th March 2012 (had worse birthday weeks). Back track a few months and was approached by Ryman Stationery to come up with the first incarnation of the #SBS Winners Certificate, along with inputting the names of attending winners, all 500 of them. To top off the day was great to get a mention on the day by Theo Paphitis for helping our with the organisation for the day.

By this time, the winning Twitter account was around 10,000 followers. Not bad going considering when I won #SBS it was at 1,200 followers. Was still working from home and during lunch popped on the TV and there were Diamond Jubilee celebrations for Queen Elizabeth II being featured. Then the lightbulb moment, a fun way to celebrate women in business over the Jubilee year and start my own competition on Twitter called #QueenOf day and use the follower numbers to help other businesses. This continued until the end of the year and asked the question, should the competition continue. The feedback was yes!

So enters a new chapter of the business on Twitter with the introduction of the cheeky Andy Quinn to the business to help administer the #QueenOf competiton day along with any promotion, insight or any other competitions the business might want to do. Now, there were murmers that men in business weren’t getting a look in so decided to start #KingOf day.

Business website
Throughout the course of the business, the business website has gone through some changes. Not being the web savvy, deciided to get this done elsewhere and in the first instance did the job, but with developments  with mobile technology and four incarnations later has resulted in the website today. Thakfully enabling the business to write blogs for the first time in 11 years and show off the various social media wins. This has also been advantagous for the business, by showing off the wins it’s used as a unique tool to tell people about the business and seperate us from those in the same industry across Stockport and Manchester.

Intergrated marketing, sounds silly to say but from outside view it looks better for the business to have a fluid look across all of the marketing channels, so the new website has allowed the business to flow between printed marketing and the social media channels it uses. This has with the Twitter feed (most active of the business feeds) going through the website and with talking about the business Theo Paphitis #SBS and Jacqueline Gold #MOM wins have had a dramatic increase in the SEO potential of the website, don’t you just love Twitter.

Having a seperate winners website has allowed the business to promote #QueenOf and #KingOf winners further too, which is nothing but good for the business and winners.

The future
Nothing is ever set in stone and nothing can really be predicted, all I do know is that I want the business to grow and keep on having a positive impact on the businesses it comes into contact with. Bring together #QueenOf and #KingOf winners at annual events and grow the potential of the network. Not going to be egotistical enough to say conquer the world, but will have a good stab at it. Bring on the next 14 years.