Show off your inner #TwitterGeek

Back in 2013 I had a Sunday afternoon brain wave. As the business main account @AquaDesignGroup had reached a certain follower lever, Andy @ADG_IQ was growing steadily and the other networking account @BizLunchNetwork (now shut down and turned to my personal account @ADG_Moore) were doing good and with a combined following of over 20,000 it struck me … I’m a #TwitterGeek!

So the next day decided to produce the graphic for #TwitterGeek and thought nothing of it for a few weeks and got on with other work. For fun decided to post on Twitter and the response was very interesting, even resulted in 3 new clients off the back of it. So with new found vigor decided to produce a #TwitterGeekette graphic and produce a range of promotional goodies for both ranges such as Phone Cases, Mugs, Mouse Mats and Coasters. 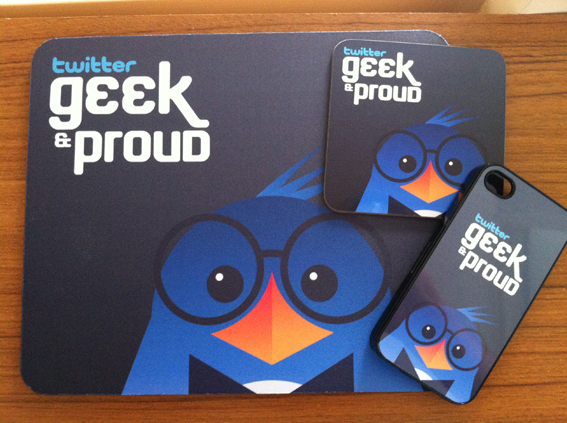